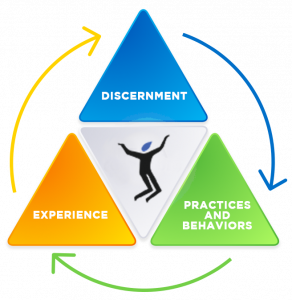 Joana Alberto is a CoFounder and Managing Partner of Ignite House of Innovations and Ni2, the National Innovators Initiative to power 100,000 Filipino innovators by 2023. She’s also the Managing Director of the Guild by Ni2, a dedicated team that focuses on career and OJT acceleration of college students and fresh grads at scale. The space that she holds is all about nurturing individuals to drive peak performance by discovering Ignite GPS (Genius, Purpose, Service) our personal navigation system that leads us to fulfill our highest potential, under Ignite Centre for Peak Experiences.

Before joining Ignite, Joana served the aviation industry for almost three decades while thriving in the field of entrepreneurship — from designing and manufacturing her own line of arts and crafts to selling dry goods, managing a flower shop and being an events designer, and never leaving out her social responsibility via community service. She was never content with just being employed.

“I’ve had many twists and turns in a career that has brought me to hundreds of cities all over the world, first as a flight attendant and cabin manager, then in HQ. After 27 years in aviation, I clipped my wings, and packed the manuscript that I worked on for 4 years entitled, #Metamorphosis: The Ultimate Makeover Manual for 40-Year Olds and Beyond, along with my certifications on wellness coaching and various healing modalities. In a matter of months, I went from wearing two hats in the airline, managing inflight performance while designing and delivering leadership programs to 120 nationalities, to leaving all that and holing up in India for a month – to learn yoga, find myself, reinvent my future.”

I was 47 then, a wife and mother who had spent the best years of my life flying in and out of my family’s life. I had been an expat for so long. I was finally coming home to Manila with a new career in corporate wellness. I thought that was it, my final chapter, time to get settled before entering my golden era.

A wise friend once asked me… Joana, you’ve been in a perfect storm! You’re an extreme empath and you’ve met, served and managed so many more people from so many more countries in 27 years than most people do in 3 lifetimes: those dreams and pains and wants of so many people must have a way of sticking on you, haunting you, no?

Before I jumped into corporate, I designed a program for Filipina overseas workers – for people and pain I know so well. I designed a 6-month journey that would help them create their Dream Life Masterplan. I included all the right things I did and didn’t do, all the research and study, trial and error, consulting friends and experts, and sleepless nights in search for my truth. So OFWs long separated from their families can speed up their coming home — prepared. Well, my Dream Life Masterplan never reached a single soul. My intention was pure and noble. But I was alone for a huge mission.

Fast forward to 2017. A friend invited me to an Ignite gathering and I was never the same again. I found my space, found my missing pieces, found my partners and team. And I found the Ignite GPS: Genius, Purpose, Service. It was my finally embracing my own GPS that really put me on a new journey and challenge: to take care of people beyond wellness, so they can be whole – so they can live their deepest truth and so fulfill their highest potential and greatest promise. That’s what I found in the Ignite GPS.

Today, Joana is leading a team of Gen Z’s to launch a human + app coached program to help colleges students find clarity in their life-career direction. She also just launched the pilot project of her startup  —which partners with farm owners to create viable and sustainable ventures that support agri-eco tourism, farm based co-creation opportunities, tech guided wellness experiences and socio-economic development initiatives. At the rate she’s going, nothing can stop her from founding more winning innovations in the next coming years. A genuine Iska — a graduate of the University of the Philippines, her mission no doubt is to make an impact on the lives of her kabayans, dreaming to make her country a better place.

Andre also serves as Executive Chairman of Ni2, The Philippines’ National Innovators Initiative to power 100,000 Filipino Innovators by 2023. Ni2 is a public-private partnership with national and local governments, business and non-profit organizations, and the academe.

As a serial founder and startup investor, Andre has built Ignite House to be an innovator for innovators – to R&D, build, operate and continuously invest in proprietary systems, platforms, programs and technologies in order to nurture, scale and sustain innovation capabilities, open collaborations and disruptive opportunities uniting key sectors of society (business, education, socio-civic, government, startups, investors), with the vision of establishing the Filipino as a uniquely disruptive force in global innovation.

Ignite’s mission is deeply personal to Andre: to build and invest in transcendent ventures by building up and investing in transcendent founders and teams, advancing his core belief that innovation is the business (i.e., building sustainable operating models) of solving society’s wicked problems. In 2018 Andre authored the Ignite Manifesto and has relentlessly pushed its growth as an Operating System that has helped thousands of individuals and teams channel deeply personal GPS (Genius, Purpose, Service) into shared Mission and Collaboration, into Innovation and Impact.

Andre was born and raised in Manila and educated by the Jesuits and the Opus Dei, before moving onto the US, where he earned 3 degrees (Yale, Fordham, NYU) and lived for 15 years. In 2009, based on his pioneering work with CUBED (“Cube Ed”), the Center for University-Based Enterprise & Development, which Andre founded as an innovation accelerator and ecosystem in the state of Connecticut, the US Government granted Andre the status of Permanent Resident on the Basis of Exceptional Ability in the National Interest of the United States of America. Nevertheless, Andre’s heart remains fully in the Philippines, where he wants to do his best work and most meaningful impact. He has called Manila home again since 2011, when he moved back with his wife and their 2 dazzling boys.

“I’ve pursued my career as a series of ventures and adventures… it’s a path that doesn’t look or feel like any other, that rarely ever really feels like work… precisely by challenging established norms, relentlessly going out of my box and into many other boxes, appreciating how seemingly disparate realities tie together, threading constellations where others barely even see the dots.”

From choosing Yale for its public-private management focus and then following it up with a second Masters in Interactive Marketing at NYU; to deciding against the post-MBA rush into investment banking or management consulting so that I can start the YGroupe and really understand the leverage in my New York, New Haven, Manila connections; to starting CUBED despite my perfectly zero knowledge of tech, incubators or the academe; to choosing to come home to Manila despite CUBED’s success and the US government’s offer of Permanent Residence; to the long and winding road of ventures, investments and partnerships that have now led to the National Innovators Initiative and cross-sector collaborations, not just across industries, but tying together national and local governments and hundreds of schools and MSMEs. I’ve really enjoyed the thrill of going into frontier space that I know nothing about, that no one knows anything about, and making sense and structure out of all that chaos and ambiguity – building value, outcomes, impact where nothing but deep need existed.

“Innovation: that’s what many people call it. For me, I see myself as an artist no less than Da Vinci or Picasso – business is my canvas and if I’m honest and brave there is no other way to paint but my way. Above all, I see innovation as my humbling participation in God’s ongoing work of creation – to help make things new and better all the time and to share that fire and capacity for renewal with everyone I meet. As we say, to ignite all we touch to live their deepest truth and so fulfill their highest potential and greatest promise.”